Review: Hatta Dome Park, Dubai: Is It Worth It?

Hatta Dome Park is the latest novel Hatta stays, but it may be the least interesting with unclear value for money.

Close proximity to Hatta Mountains and Hatta sign for hiking

Comfortable mod cons such as the bed, air con and shower

Food and beverage options should be improved

A “long drive” led to a convoluted check-in process. I say a long drive. I refuse to acknowledge 90 minutes as some arduous excursion. Still, after 90 minutes of cruising through east Dubai’s Hatta mountain range, Mrs EatGoSee and I turn into the dusty, derelict-chic Hatta Wadi Hub car park only to be told there is a second, separate check-in for Hatta Dome Park guests. A second check-in? We get back in the car and drive another 200 metres to the Hatta Dome Park reception. To be clear, we did not go the wrong way. You need to check in at the Hatta Wadi Hub; you ALSO need to do this again for the Hatta Dome Park. 200 metres apart.

I am not a precious man. A lot of life’s unexpected water rolls off this duck’s back. Yet this is the first in a series of micro-nuisances that — when threaded together — cause me to furrow my eyebrows at the idea of returning to Hatta Dome Park. The good news is there are alternatives within the Hatta Wadi Hub, and we will come back to these. 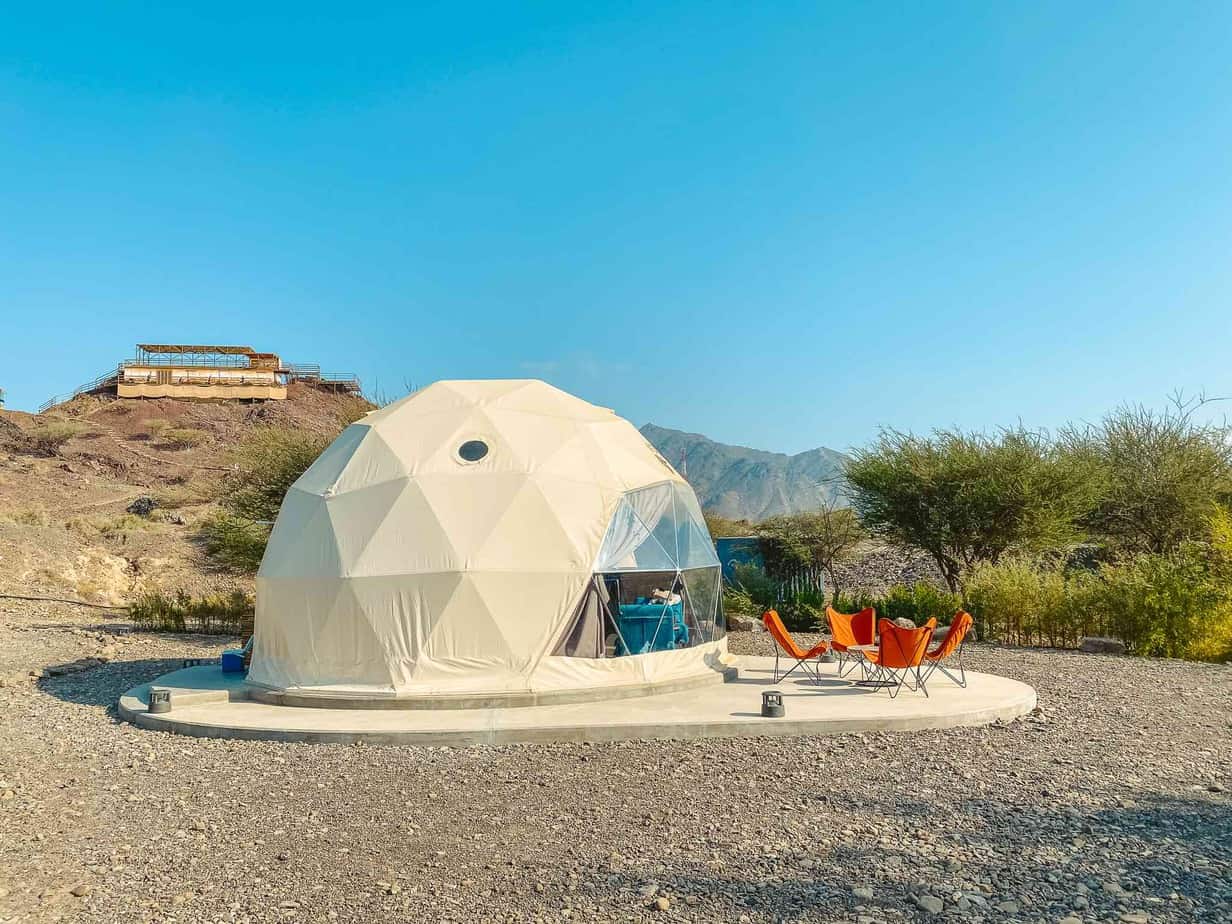 Outside Dome 1 in Hatta Dome Park from the barbecue area

Hatta Dome Park is the latest glamping love affair delivering another ever-popular igloo accommodation. Hatta Dome Park leads with panoramic views across the Hatta mountain range. Indeed, glamping is the right word but it is an ambiguous portmanteau.

A creaseless, marshmallow-soft, king-sized bed lays under reassuringly-chilled air conditioning. Mole-colour curtains peel like an onion to reveal the Hatta mountains as light floods into the room. Mrs EatGoSee appreciated the tea-making facilities; I am grateful for a good en suite bathroom equipped with hot water (from a rain shower) that streams more reliably than the igloo’s WiFi. A modest wardrobe and mini-fridge intended for weekend stays only. Hairdryers, towels and a few toiletries spare you lugging these items. There is plenty of room inside and outside to store large coolers crammed with ice, food and drinks.

Yet you did not come to fester inside the Dome. Hatta Dome Park excels with the generous, semi-private outdoor space including a dedicated barbecue, outside terrace seating and a picnic bench seating area for each Dome. As Dubai’s winter months unfold, couples, friends and families have ample space to enjoy Dubai’s best months of the year. The Domes are a base from which to strike out to the Hatta mountains for hiking, kayaking in Hatta Dam (currently not available) or have fun in Hatta Wadi Hub. Hatta Dome Park is really for young families and couples who spend more time outside (separate domes needed). 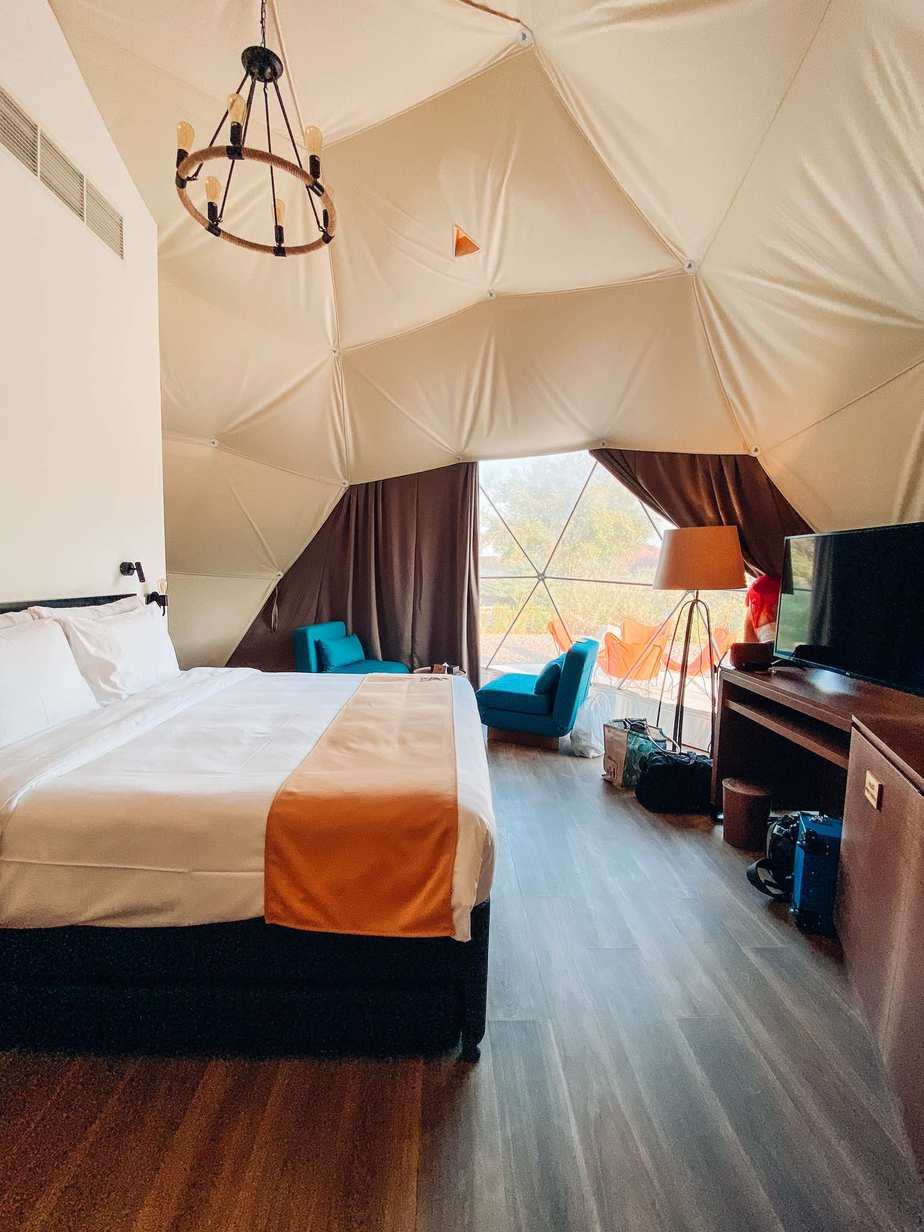 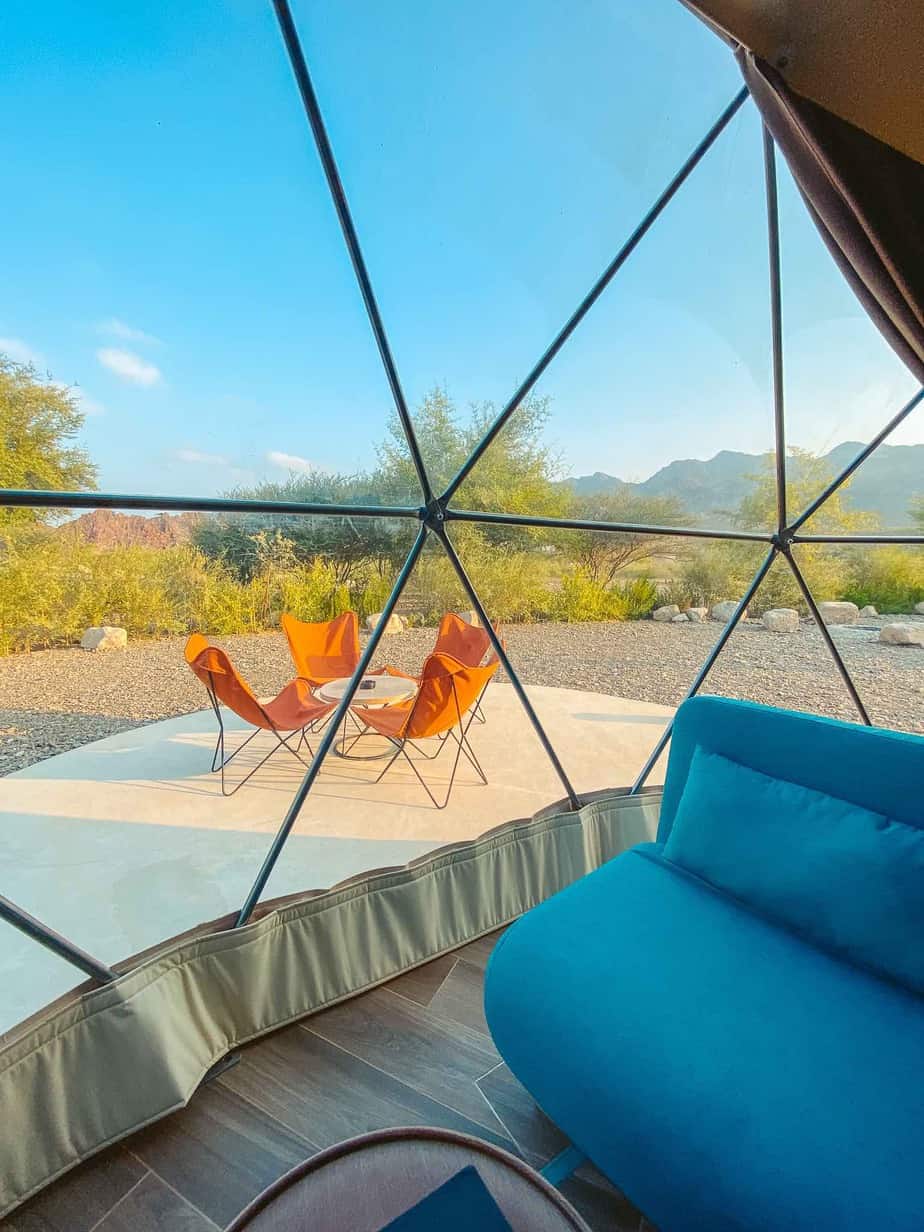 Dome Park lives between two worlds and the glamping portmanteau hides a lot. This is not a cheap stay. This much financial outlay invites me to ask some questions. The camping fig leaf is illusory and does not excuse a few things where, looking at the price, I have 1147 reasons to want more.

Yes, price is my single point of focus.

Hatta Dome Park provides a complimentary breakfast sourced from a local restaurant, Al Hajarain. Great, Hatta Dome Park supports local restaurants. Fabulous that local restaurants also enjoy the benefit of this considerable Hatta investment. However, plastic tubs of scrambled eggs, shakshouka, watermelon and limp toast falls considerably short of a four-figures a night stay. There is a decent enough cafe in the Hatta Wadi Hub with a basic but international menu that should be complimentary to guests. Would an alfresco common dining space for all these Hatta accommodation developments be too much to ask? Give the local restaurants a chance to participate. There are luxury resorts that charge less in Dubai and offer guests considerably more in F&B. Camping enthusiasts drawn to Hatta Dome Park for the camping could look to Bianky Beach Camp for less than half the price. 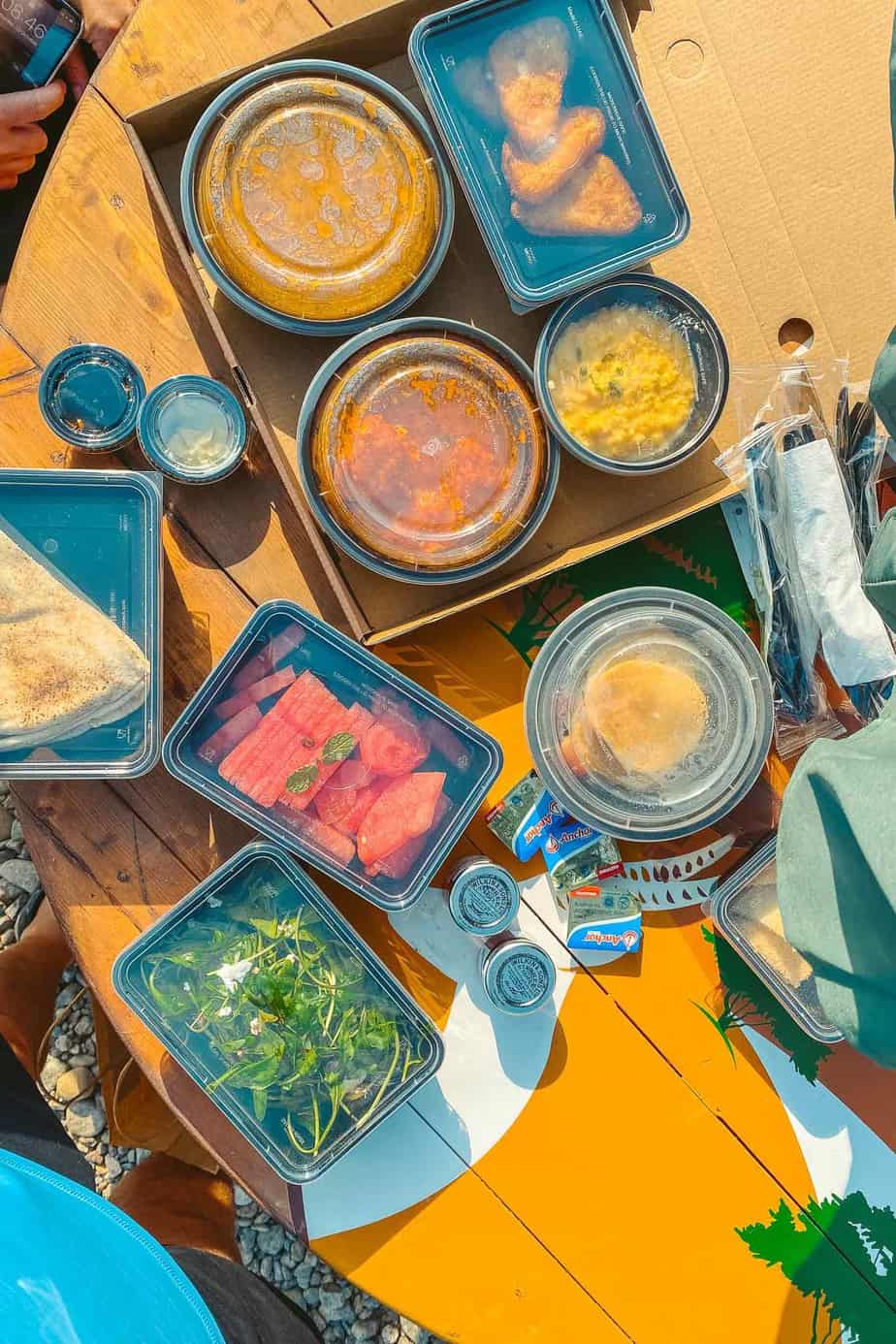 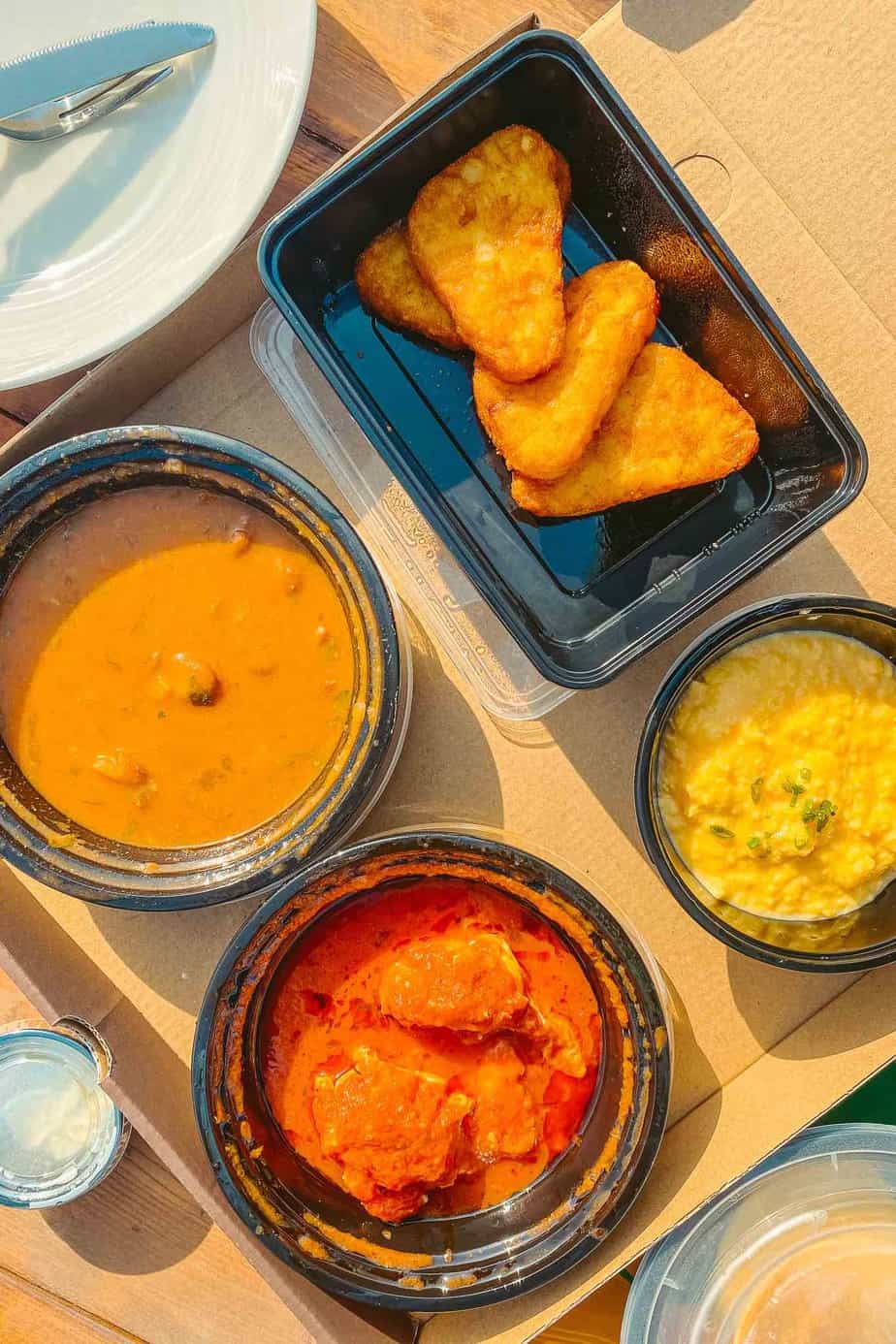 Guests will come to Hatta Dome Park to barbecue and enjoy the outdoors. Still, this means guests must bring their own food, drink, barbecue coals, lighters – name it. All incremental costs in addition to the day rate. It all adds up quickly and could also be complimentary. An Airbnb stay would be cheaper especially when dividing the cost among the guests.

Hatta Dome Park lacks the privacy of Hatta Damani Lodges or the novelty of Hatta Sedr Trailers. The constant crushing sound of buggies crawling over rocks dents the image of a serene, isolated return to nature. It is also very unwelcomed at 7 AM while sleeping (or hoping to sleep). Hatta Damani Lodges affords guests an oversized veranda and perched position in the mountains affording maximum privacy. Hatta Sedr Trailers compromises somewhat on privacy, but the oversized veranda, kitsch uniqueness and direct access to Hatta Dam make up for it. 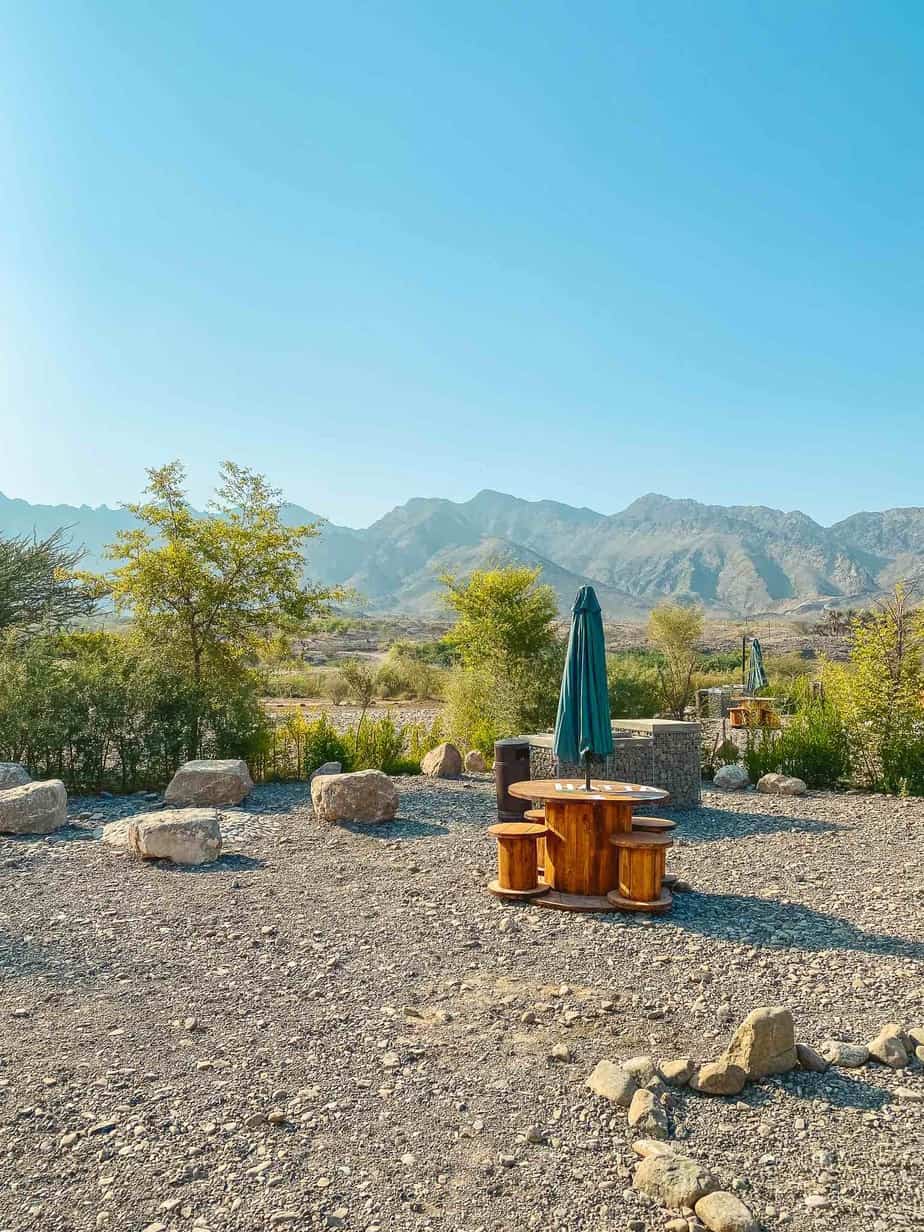 Hatta Dome Park affords a lot of outside space making it ideal around Dubai’s cooler months.

Hatta Dome Park, would I return?

I would sooner stay at Hatta Damani Lodges for approximately the same price. Hatta Sedr Trailers will be available again in 2022. Inexplicably, Hatta Dome Park is not pet friendly, whereas JA Fort Hotel is pet friendly and only 5 minutes away.

The Hatta Wadi Hub accommodations need to work on their value for money proposition. Most accommodation is comfortably over 1000 dhs per night, which punches in a league of Dubai’s established hotel brands. Those hotels offer more creature comforts. Anyone can trek the Hatta Mountains for free. 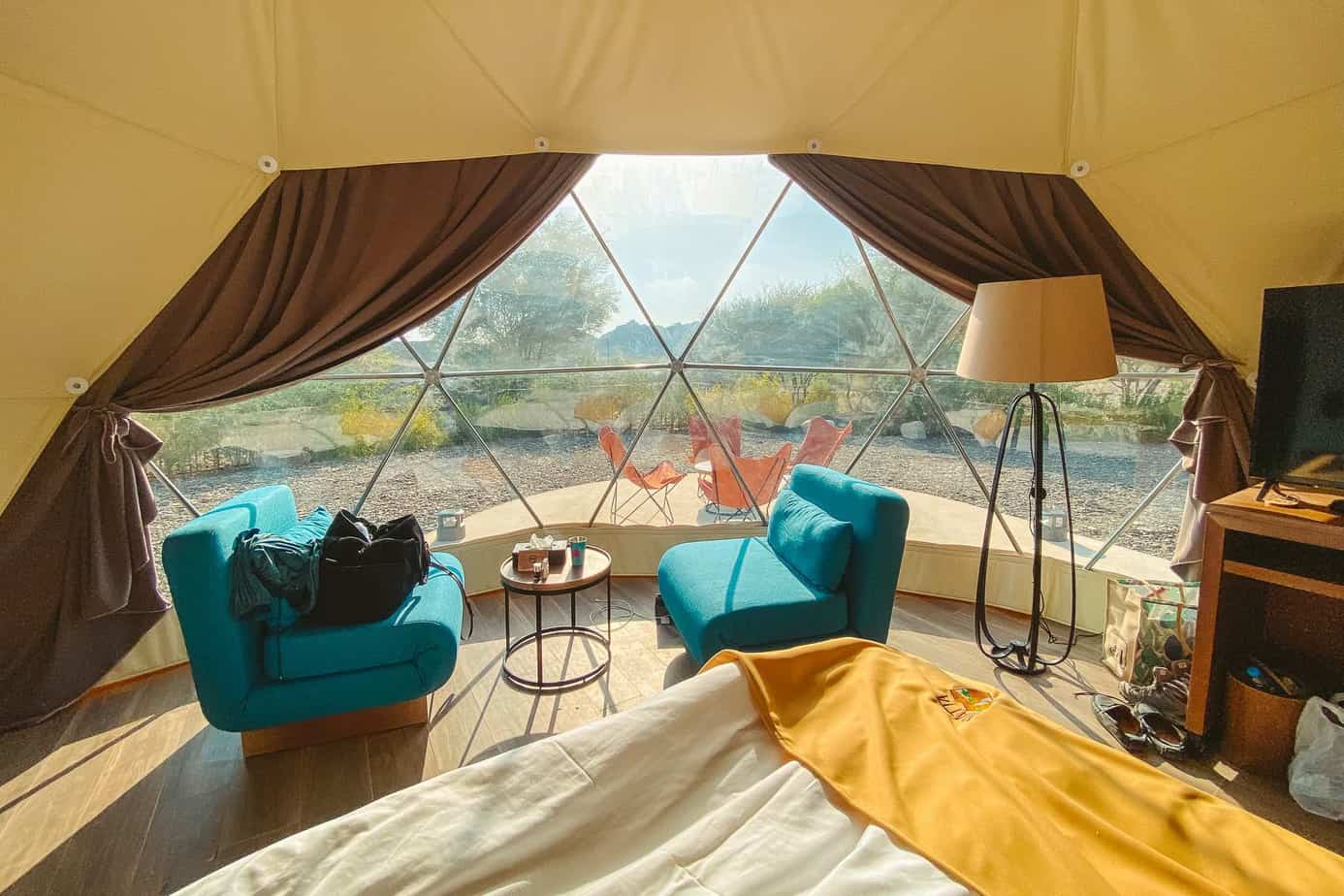 Hatta Dome Park, who should stay?

Individuals for whom sitting at the foothills of Hatta Mountains is irresistible. Paleo-munching, CrossFit fascinated, outdoor lovers simply grateful for a reliable shower and air conditioning with money to burn. 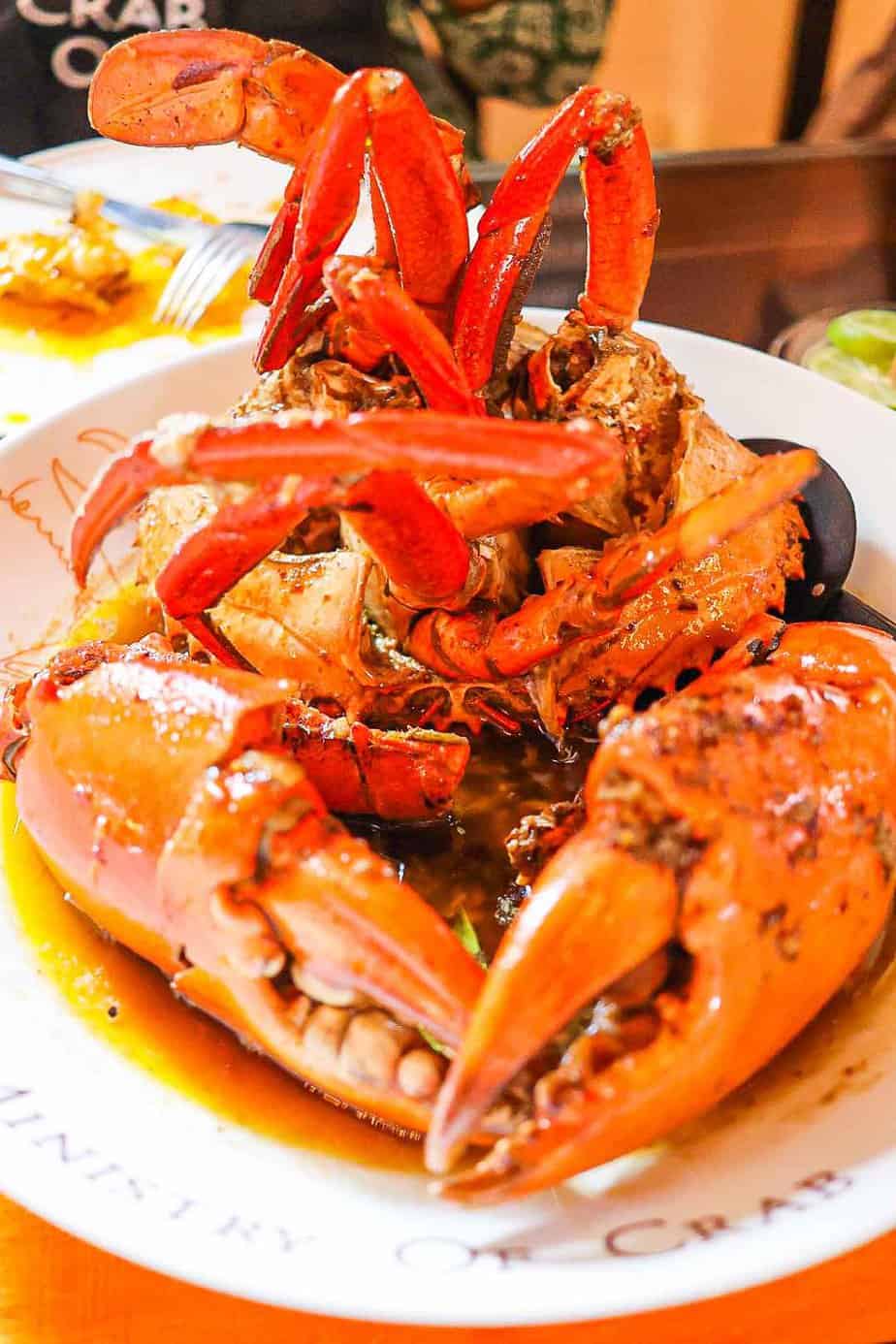 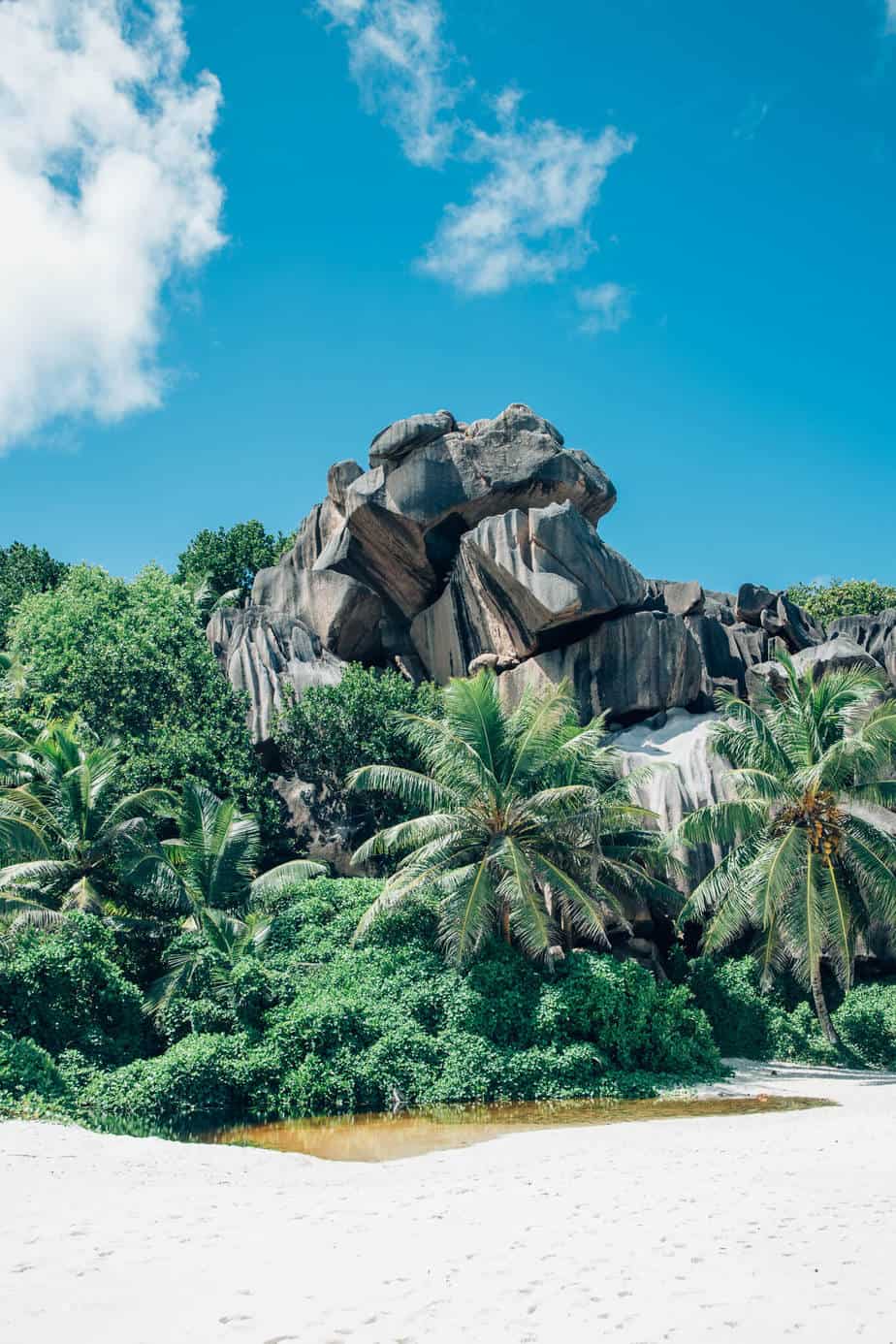 Travel Guide: Seychelles on a Budget 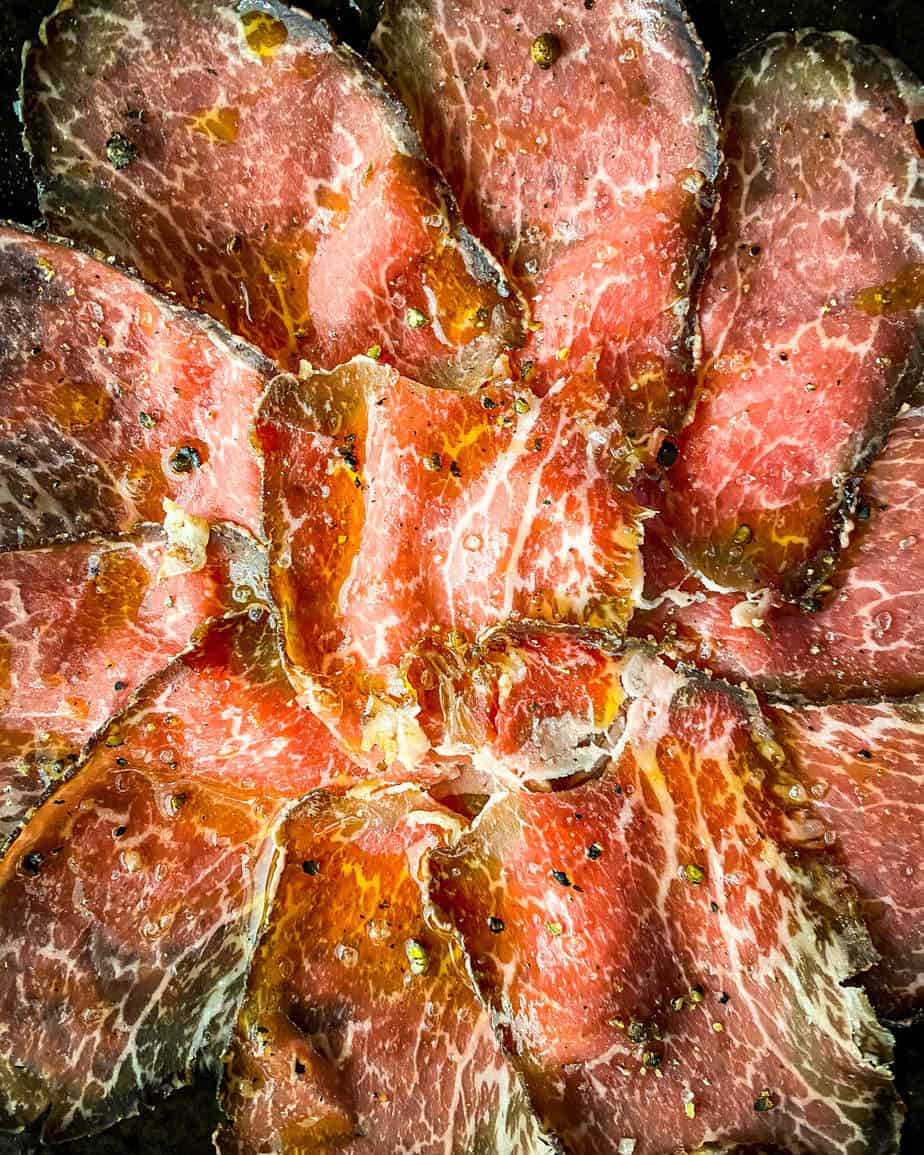 Enter your email address below to keep up to date with the latest posts and news! 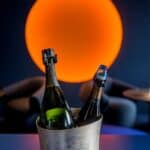 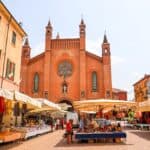